The Latest on the Coronavirus Impact on Disc Golf 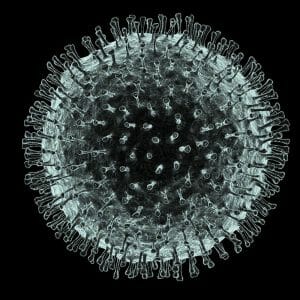 This article is being updated daily with the latest information about coronavirus-related impacts on disc golf tournaments, leagues, and players. Contact discgolf@ultiworld.com with additional news or information.

The 2020 National Tour has been canceled

– The PDGA and Innova are partnering to host the US Women’s National Championship, a replacement Major for the canceled USWDGC, at Winthrop University alongside the USDGC. After the cancellation of Worlds, FPO players were left without a 2020 major to compete for: this new event sets up the opportunity to crown a US champion in both elite divisions.

– PDGA World Championship events, including Pro Worlds in Utah, have all been canceled. The PDGA cited restricted global travel, concern about a lack of spectators, and an inability to provide a memorable event experience in the decision.

– The Disc Golf Pro Tour announced their plan to restart the 2020 Tour on June 26th in Emporia, Kansas, with a new event, the Dynamic Discs Open, which will restart the Elite Series. From there, the tour will head north to Minnesota for The Preserve Championship, eschewing its originally planned west coast events, the San Francisco Open and Portland Open.

– The PDGA fully canceled the 2020 National Tour and rescheduled all this year’s events for the 2021 NT. The decision was expected following last week’s news that the NT finale was not going to be running as an NT event.

– The PDGA rescheduled Pro Worlds, Amateur Worlds, and Pro Masters Worlds for later this year in their original host sites, but a decision on whether or not to move forward with the events is coming by June 1st, just 12 days from now. The PDGA has made clear that international travel to the United States — heavily limited right now — must be possible for World Championship events to take place, given the strong contingent of foreign players at the events.

– Some international countries and US states, including Ohio, Utah, and Arkansas, are beginning to re-open for PDGA sanctioned events. Bluff out the Back, a C-Tier in Utah, ran yesterday, marking the first PDGA-sanctioned event in the US since March 17th.

– The National Tour finale — the Music City Open — has been canceled. The tournament will still run as an A-Tier, but it will not be a part of the National Tour.

– The PDGA released new recreational disc golf guidelines as some states and localities begin to reopen disc golf courses to socially distanced play. The organization is no longer advising all players to stay at home. Event sanctioning is still suspended through May 31st.

– The 2020 European Open has been fully canceled. “The late-summer window was too tight to make an event where all the best players in the world could safely participate in this event.” The European Amateur Open, however, will take place with new dates: August 21-23.

– Texas governor Greg Abbott announced today that, beginning on May 1st, outdoor sports with fewer than four participants at a time will be allowed to resume if social distancing guidelines are followed. Golf was explicitly mentioned as a sport that would be allowed. This appears to open a path to the return of organized disc golf in the state.

– The PDGA announced that all Majors and NTs through July 31st are being postponed or cancelled, including Pro Worlds, European Open, and the Beaver State Fling. The event sanctioning suspension has also been extended through May 31st.

– The Disc Golf Pro Tour announced that its next event, San Francisco Open, is being postponed indefinitely. Portland Open, set for early July, is still on the calendar as scheduled.

– The PGA Tour announced a revised 2020 calendar. The plan is to resume golf tournaments on June 11th, a three week postponement from their previous announcement. The PGA says that the first four events will be played without spectators.

– Even as some states begin to discuss the possibility of reopening, California governor Gavin Newsome said today that “the prospect of mass gatherings is negligible at best until we get to herd immunity and get to a vaccine.” How states and local authorities define large disc golf events may be a key component of any restart of the Elite Series.

– The PDGA is expected to announce updated guidance this week regarding sanctioned events. Currently, all event sanctioning is suspended through April 30th.

– The PGA Tour announced its planned 2020 calendar, which suggest the Charles Schwab Open as the first tournament back in mid May. The PDGA Pro World Championships are scheduled to begin on Tuesday, June 16th. It is worth noting, however, that golf’s US Open was to be held that week but was postponed until September.

– The PDGA announced that the 2020 Tim Selinske US Masters Championships have been canceled. The tournament had been scheduled for the end of May in Columbia, Missouri. The tournament will return in the same location next year, and the Quad Cities hosts, originally set to host in 2021, have agreed to push back their event until 2022.

– The PDGA announced that this year’s US Women’s Disc Golf Championships have been canceled. The tournament will return to the same location with the same tournament director next year, and the originally scheduled 2021 location — Madison, Wisconsin — will now host the 2022 event.

– The New York Post is reporting that golf’s US Open, scheduled for June 18-21, will be postponed.

– The IOC and Tokyo 2020 Organizing Committee released a joint statement postponing the Summer Olympics “beyond 2020 but not later than summer 2021.”

– The Ultimate World Championships, originally scheduled for mid-July, have been postponed or canceled.

– In a tweet, the PDGA asked disc golfers to “skip the course and stay home” to help prevent the spread of coronavirus.

– Discraft has closed its factory in Michigan after the state’s governor implemented a Stay at Home order. They hope to reopen on April 13th.

– The PDGA has extended its event sanctioning suspension through April 30th.

– The PDGA Women’s Global Event, which had been scheduled for May 9th, has been postponed indefinitely.

– The PDGA has suspended event sanctioning through at least March 31, effective immediately.

– The PGA Championship, scheduled for May 14-17, has been postponed.

– Masters Cup, which had been scheduled for May 15-17 in Santa Cruz, has been canceled.

– The Trump Administration is now advising against holding gatherings of more than 10 people and discouraging traveling, going to bars, and eating at restaurants.

– The CDC is now recommending that 50+ person events or gatherings be canceled or postponed for at least eight weeks.

– The Glass Blown Open has been canceled and will not be rescheduled.

– The Disc Golf Pro Tour announced that Round 3 of the WACO Annual Charity Open has been canceled. Round 2, which had already started, will serve as the final round. Spectators will be prohibited from attending today’s round.

– Finland has canceled or postponed any PDGA sanctioned events through April 5th.

– There have been no further updates from the PDGA or the Disc Golf Pro Tour besides those linked below from earlier this week.

– The PGA Tour has canceled the Players Championship after one round today and all events through March 30. The Valero Texas Open is the next event on the schedule and will be played without spectators. The cancellation late this evening followed a controversial decision to go forward with the first round.

– The Ladies Professional Golf Association canceled its first three events of the season due to coronavirus concerns. The first scheduled event is now set to start on April 15.

– USA Ultimate, the PDGA’s counterpart in ultimate frisbee, canceled all sanctioned events through April 20th and revoked its sanctioning of all tournaments and leagues.

– Four new people tested positive for coronavirus in Kansas, where the Glass Blown Open is set to start on April 25. The state reported its first death.

– March Madness, the NCAA college basketball tournaments, has been canceled.

– Dozens of colleges and universities canceled in-person classes and announced travel restrictions that extend to club sports, which could jeopardize participation for some athletes in the College DG Championships, even if it is rescheduled.

– The College Disc Golf Championships were postponed indefinitely. It had been scheduled to start on March 30th.

– The Disc Golf Pro Tour made a statement about coronavirus, announcing plans for the WACO Annual Charity Open, which started on March 12th, to continue as scheduled.

– Ultiworld Disc Golf reported that the PDGA was monitoring the coronavirus outbreak, and that the Glass Blown Open, a nearly 2000 person tournament in Kansas in late April, was carefully watching the news to assess the safety of hosting the event. The PDGA made an official statement later in the day.

Comments on "The Latest on the Coronavirus Impact on Disc Golf"