With input from pros, reviewers, and consumers, we've nominated 10 discs as 2018's best 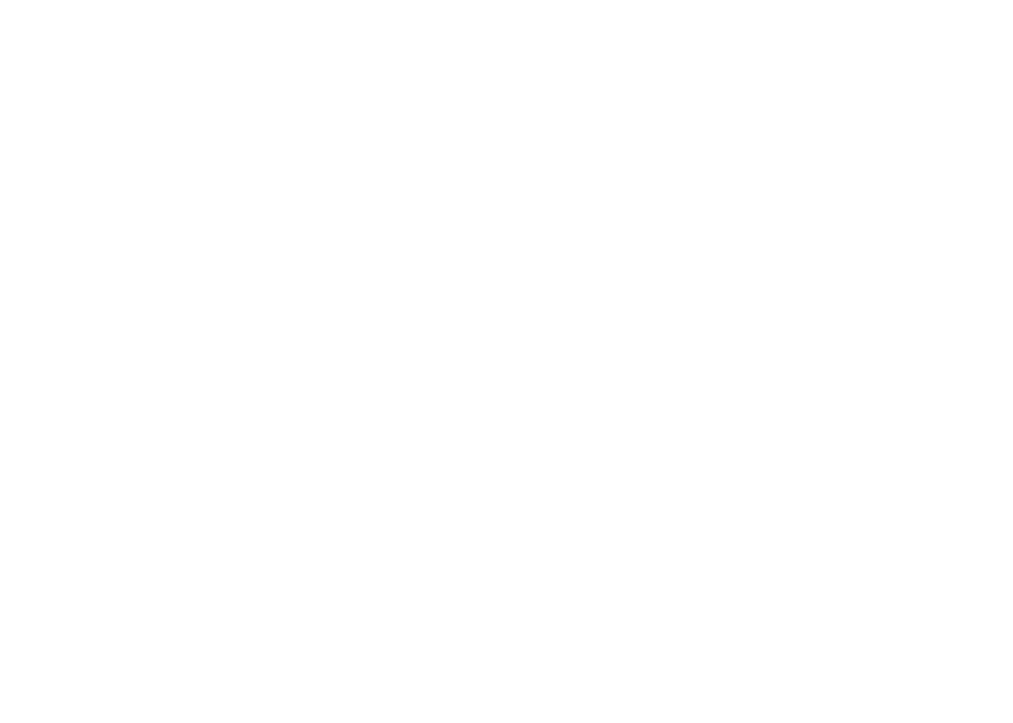 In the ever-expanding world of disc options, new releases seem unending and trying all these new discs has become more a job than a joy. Replacing discs in your bag with new releases that are the same or very similar can be counterproductive to both your game and your wallet. With that in mind, we’ve spent the last several months narrowing the choices down from all the discs released to the public in 2018 to the best of the batch.

After sifting through reams of research on sales, flight charts, throws, reviews, and top pro recommendations, here are the top 10 nominees for Ultiworld’s 2018 Disc of the Year. You help decide the winner.

From Latitude 64: Ballista Pro is the big brother of the Ballista, with added stability for more experienced players. It is the perfect solution if you are looking for a distance driver that can navigate through tight fairways. With great combination of speed, stability, and glide, it is the perfect tool for all kinds of distance shots.

From the Pro: “[I use the Ballista Pro] any time I need a disc to get me maximum distance and/or glide with a reliable overstable finish. It holds the angle you release it on for a long distance before the dependable hyzer finish.” — Paige Pierce

From Innova: Drawing inspiration from the Gator, the Caiman muscles its way into Innova’s mid-range lineup with a strong fade and minimal glide — the Caiman thrives in a headwind. The microbead gives the rim a smooth feel, perfect for power forehand throws.

From the Pro: “I bag the Caiman for overstable backhand drives and approaches. The Caiman’s ability to glide on hyzer as opposed to fight to the ground earned it a spot in my bag.” — Calvin Heimburg

From MVP: The highly anticipated overstable midrange has arrived, the Deflector! After one of our most rigorous development processes, the Deflector is here to combat headwinds and produce powerful overstable flights in all conditions. The Deflector answers the call of many fans looking for a slower speed disc with powerful overstability. On an anhyzer release the Deflector will fight out of its turn and flatten out to fade. On a hyzer line the disc will follow a smooth fade with a pronounced stable finish. High power forehand and backhand players will find a midrange that they can unleash on and have the confidence of a predictable finishing fade. With a comfortable rim size, overstability, and smooth flight lines, the Deflector is going to find a spot in players bags for sure.

From the Pro: “The Deflector was a much-anticipated release for nearly 100-percent of the MVP and Axiom fan community. Despite 50+ discs in the gyro lineup, there wasn’t a genuinely overstable meathook midrange option. It turned out that the wait was worth it because the disc certainly delivered. Flat top, slow speed, forehand friendly, it’s exactly what fans had requested.” — Jeff Faes

From Latitude 64: Straight flight path and controlled glide, that’s what the Explorer is all about. Designed to be the workhorse for all kinds of accurate fairway drives, this stable and versatile fairway driver was developed in cooperation with two-time World Champion Ricky Wysocki.

From the Pros: “If you want a fairway driver that you can throw hard and it flies super straight; the Explorer is the disc for you. With a small rim and comfortable feel, it still has all the glide you desire. The Explorer is good for all different skill levels and arm speeds. The disc will fly straight with a predictable slight hyzer finish. If the Getaway is the big brother to the EMac Truth, the Explorer is the middle sibling.” — Zach Melton

From Dynamic Discs: While it shares the feel and glide of an Escape, the Getaway boasts a more predictably overstable flight with moderate fade. When straighter flights with a subtle fade are a must, trust the Getaway.

From the Pro: “The Getaway was designed as a slightly more overstable version of the DD staple in a lot of people’s bags, the Escape. Much like the Escape, the Getaway is fast and has sneaky distance. The perfect complement to the EMac Truth.” — Eric McCabe

From Prodigy: What separates the H1 V2 from the original H1 is an update to the rim depth, which has been reduced slightly for an easier grip. In addition, the modified outside rim produces a consistent yet faster flight with more glide. By increasing the speed and glide from the original H1, the H1 V2 offers more distance without losing dependability and it’s overstable finish.

From the Pros: “The H1 v2 was designed to be a more workable version of the original H1.  While still being on the overstable side of the spectrum it offers more speed and considerably more glide than the original H1.” — Chris Dickerson

“The H1 V2 is going in the bag immediately. The H1 is nice and overstable, but has more glide than its predecessor and is more useful in my opinion. I am impressed!” — Cale Leiviska

From Dynamic Discs: The Maverick can fit in nearly every player’s bag. The Maverick’s smaller rim offers controllable fairway speed and straighter flights for slower arms with trustworthy anhyzers and slow turns for experienced players. The Maverick shines in the woods with low ceilings and tunnel shots. Versatility and workable speed allow the Maverick to steal throws from even the most established bags.

From the Pro: “The Maverick is one of the most controllable fairway drivers on the market. Don’t let the speed 7 fool you. It has tons of glide. For bigger arms, it’s more of an understable fairway. For slower arm speeds it’s a very straight to slightly understable flight. Great for all players. Especially useful in the woods.” — Zach Melton

From Discmania: The MD5 is our most overstable midrange designed to give the trustworthy stable fade that players are looking for. Great for powerful hyzer lines, dependable flicks, and designed for optimal flight. This midrange has a beaded, low profile shape that allows it to feel comfortable in the hand and release smooth on every throw. The convex lower wing provides a surprising amount of glide for such an overstable disc, allowing the MD5 to fade further than other mid-ranges in its class.

From the Pros: “Discmania finally created the midrange meathook I’ve been asking for! Perfect for windy days and shorter upshots. When I was powering down on FD3s I can now throw the MD5 and trust it.” — Simon Lizotte

“Disc of the year? Definitely MD5. It finally filled a gap in our lineup that was bare bones empty. Replaced the Gator in my bag.” — Eagle McMahon

From Innova: A low-profile, beadless mid-range that flies fast out of the hand. Add the flat top and the Rat could be the most comfortable sidearm approach disc around. Rip it forehand and it’ll fly straight with a predictable fade at the tail end. The backhand grip feels just as good with a flight just as predictable. Bonus: It’s a good option for headwind approach shots

From the Reviewer: “Looking back on the plastic I tested in 2018 the Star Rat is a mold that stands out for me. Comfortable feel in the hand and a flight like an overstable approach disc that is already nicely broken in. It’s not a meat hook at all but it won’t just flip on you either. Very useful flight, like a broken in Discraft Zone.” — Disc Golf Nerd

From Discraft: The Vulture is described as a well-seasoned Predator, with less overstability and more glide. The Vulture is predictable in wind and a great long range placement driver. Pros will appreciate the shot shaping ability of this driver while less experienced players will find a consistent, predictable flight.

From the Pro: “The Vulture is one of the most versatile discs on the market. It’s a very fast fairway driver with tons of glide and a very forgiving fade. It can be manipulated for any shot you face.” — Austin Turner

From Infinite: The Pharaoh is the quintessential distance driver, built for a high-speed release and maximum distance. The fade is not overpowering, making this a distance driver that will work wonders even for intermediate players. Throw the Pharaoh off the tee when you need to cover as much territory as possible. Rule your local disc golf course with the Pharaoh!

From the Pro: “The Pharaoh earned its way in the starting line-up when I threw it with ease and still went over 600 feet. For top pros, it could be a little flippy, but if you give it a big crush with a tailwind the PHARAOH GOES A MILE! For slower arm speeds I can see this being the perfect disc for all max distance shots.” — Garret Gurthie

From Reptilian: The Gila was designed to be a perfect compliment to a Roc. I have always been a huge fan of the Rocs flight but often wanted something noticeably faster & more OS. Utilizing a big bead, convex wing & flat top, the Gila is the ultimate power mid-range. They have zero turn, a reliable bite & substantial glide. Perfect for someone who needs more distance or lower lines out of their mids. Reptilian Disc Golf has always known that there are quintessential molds in disc golf. Instead of trying to recreate these discs, we sought to create pairings to them.

From the Writer: “I personally tested every disc on this list and a few others. The Gila was by far the most underrated, if by no one else than myself. I tested it against all the other overstable mids in this group (MD5, Caiman, Deflector) and it held up very well and flew true to description. It is the beaded overstable Roc a lot of players are probably still searching for. I was delightfully surprised at the flights. The Gila held up to power shots and moderate Florida winds with no turn to be seen but also not the early fade that some overstable mids are troubled with. A perfect compliment to a Roc lineup and plays well as a shorter Firebird or Teebird depending on power.” — Darren LeMay