Why Nikko Locastro’s Suspension is Unjust and Far Too Long

When income is on the line, punishments need to reflect that.

August 11, 2022 by Paul Rokeby-Thomas in Opinion with 0 comments

Judging by the social media reaction to Nikko Locastro’s nine-month suspension from disc golf, I realize that making a public argument in his defense may be a fool’s errand. As that fool, I humbly request your consideration that disc golf’s recent growth has changed how appropriate some of the administrative systems and policies are in the professional era. In the case of Nikko, the disciplinary process that seemed perfectly reasonable and functional only a few years ago is now archaic and heavy-handed.

The PDGA did a lot right in this situation. The disciplinary committee acted expeditiously, followed the rules as written, and applied discretion in sentencing. They respected the privacy of everyone involved per their internal policy and, alongside the ruling, released a public reminder with links to the competition manual, the official rules, the disciplinary policy and process, and a list of current disciplinary cases. The Disciplinary Committee produced a result that was a clear rebuke of Nikko’s grossly inappropriate behavior.

To reiterate, Nikko’s actions were wrong, and I am glad the PDGA reached a decision that unambiguously communicated behavior like it is not welcome in disc golf.

However, the PDGA disciplinary process is not equipped to equitably administer punishments to the touring professional class of members. Nikko is being punished under a policy that has drastically different consequences for different membership classes that commit similar actions. On paper, the punishments are the same, but this understates the real-world impacts of the rulings.

If I behaved in a similar manner, a 9-to-24 month suspension feels appropriate — especially since suspension is the only tool the organization would have to punish me. The PDGA has no ability to enforce a fine on me or disrupt my income. I love the competition and would miss it dearly, but I’d still have my livelihood and my work relationships: the consequences wouldn’t bleed into every aspect of my life. The deliberations of the Disciplinary Committee are not public, and the Committee may have attempted to incorporate the professional ramifications while considering his punishment, but even if that is true, nine months is too long and excessively punitive.

This is not an argument that professionals deserve a lesser punishment for similar behavior, but when the punishment involves being barred from practicing your career, a suspension is exponentially more punishing and the length of that suspension requires more precision than a scale based only on months. The economics of sports entertainment lead to natural monopolies where professional athletes in all sports make the decision to invest thousands of hours over many years into training skills that are largely non-transferrable to other methods of monetization.

If any of us behaved like Nikko to our coworkers or boss, we would likely be fired on the spot. But we wouldn’t be banned from plying our trade elsewhere and, in most instances, we would have the opportunity for a second chance far earlier than nine months post incident. To earn a suspension of over half of a season in other sports, professional athletes must cheat, gamble, dope, or perform an act of egregious physical battery.

When did disc golf athletes become professionals and deserving of treatment as professional athletes instead of amateurs? When Todd Branch and Al Shack went on the first full year disc golf tour in 1999 dubbed the ‘WinniCrew’? When the National Tour started? When the Disc Golf Pro Tour was founded? When Paul McBeth and Ricky Wysocki started earning over $1,000,000 per year?

The transition to the professional era of disc golf may be fuzzy, but a hard start date is certainly no later than September 28, 2021, when the PDGA announced the DGPT as The Official Pro Tour of the PDGA. 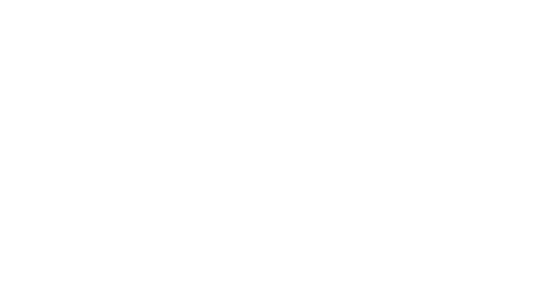 The DGPT and PDGA take no half measures when promoting the tour as a professional sport. In the announcement of the DGPT as the official Pro Tour of the PDGA, Mike Downes, Director of Operations for the PDGA, acknowledges the professional classification of the touring pros: “[The] DGPT will have the opportunity to continue to grow the prestige and visibility of the elite touring professionals, bringing new pros on the scene and new fans into the sport.”

It is time for PDGA and DGPT to back up their words and commit to building the administrative systems and polices that adequately serve the touring professional. The collective agreement between the NBA and its players association is 598 pages long, and disc golf will not get there overnight, but a custom disciplinary policy is a good place to start. The tension surrounding the cold war of self officiating has been swelling, and while Nikko’s outburst will hopefully be the most grievous incident we see, it will certainly not be the last. An appropriate disciplinary framework that adds the tools of progressive fines and tournament suspensions, to precede months-long suspensions, is a necessity as these organizations start to tinker with solutions to the broken officiating system.

Additionally, public transparency in the disciplinary process is a common practice in professional sports that is absent in disc golf, and something disc golfers have asked for in the past.

“In no way am I condoning misconduct on the course,” Paul McBeth said in an interview following Bradley Williams’ 18-month suspension in 2016. “The issue I have is when a rule is broken or a mistake is made and our governing body issues a punishment but provides no explanation to its professional members. My security as a player feels threatened. This is my livelihood, as well as many others, and we shouldn’t have to wonder what may happen if we ever make a mistake.”

Let the Punishment Fit the Crime

In the nine month suspension period a year earlier (August 8, 2021 – May 8, 2022), Nikko earned $21,601 in tournament earnings. On The Upshot podcast, Jeremy Koling recently discussed that disc sales still make up 75% of his income. Nikko was dropped by his primary sponsor before the PDGA decision, but he now doesn’t have an obvious means to replace that income for nine months. He has also already lost a sponsor in Clash Discs, a further blow to his earnings. If Nikko’s income was roughly 25% prizes / 75% sponsor related, he has lost a projected $86,404 in income. Admittedly, that is some back of the napkin math, but it also aligns with Paul McBeth’s estimate on social media:

Losing your main source of income without a viable path to replace it for nine months would be a devastating event for most people and their families. There are currently 106,817 active members in the PDGA. But only roughly 200 of them — or 0.19% — are at risk of this outcome for a violation of PDGA rules.

Getting into comparisons of infractions and penalties in other sports is tricky because the context can vary so much. There is no inherent violence in disc golf so one wouldn’t expect any interaction to end with an ear bitten off (1 year suspension for Mike Tyson). Gambling, doping, cheating, and off-course behavior are different categories of infraction with different justifications for penalties. When we look at on course infractions from other sports, I think it can be illustrative (but not conclusive) to consider two questions:

1. What does it take to receive a 9-month / majority of season ban in professional sports? 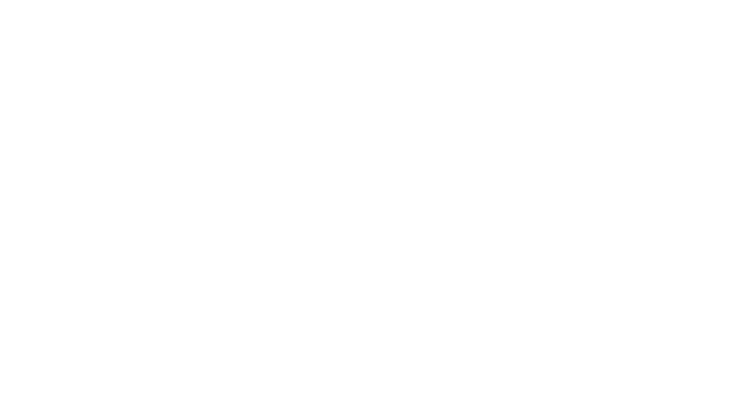 2. What penalty does a grossly inappropriate, angry, intimidating outburst receive in professional sports? 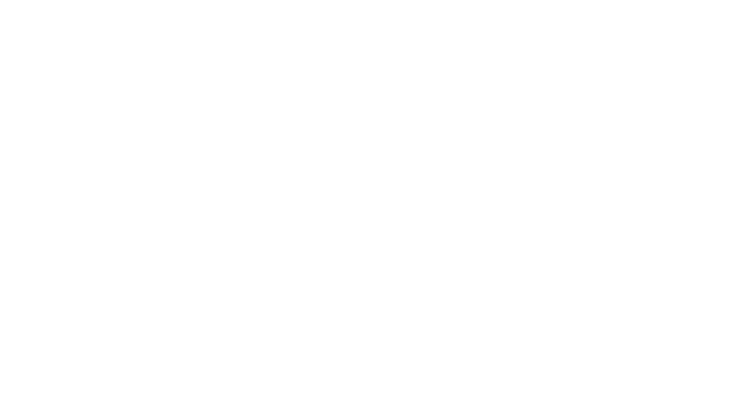 The examples in question two include a level of physical contact which is a line Nikko did not cross. He was certainly right on the edge of that line and reportedly sustained the harassment after what was broadcasted by DGN, so it is reasonable if one concludes Nikko’s actions were worse than those examples. Intimidation is a class A offense in the PDGA disciplinary rules, after all. However, I don’t think it’s reasonable to say Nikko’s actions were closer to the incidents in question 1 than question 2, despite receiving a punishment that says so.

It is the PDGA’s prerogative to continue delivering punishments to professionals that greatly exceed industry standards, but I would urge them to reconsider and invest real time and resources to furthering a productive and mutually beneficial relationship with the touring professionals. Suspending Nikko for the rest of the calendar year, which includes two Majors and three playoff events that he was on a comfortable pace to qualify for, would still be an extreme punishment in the context of professional sports. But, it would be less draconian than nine months.

For touring professionals who are disturbed that they can lose your access to ply their trade and earn an income because of rules and punishments designed for an amateur membership base, or want to see more player input being reflected in health & safety, scheduling, or other policies that have direct effects on your livelihood, it may be time to seriously consider the formation of a players’ union, a common feature of sports in which players earn money from a for-profit sports entertainment business like the Disc Golf Pro Tour.

As a fan of the game, I count myself lucky that the talent (and media teams) of professional disc golf work incredibly hard, criss-crossing the United States and beyond to put on a show. We don’t see the enormous amount of effort that goes into making that happen: the 10+ hour days on the interstate, the work required to maintain a home on wheels, still finding the time to practice and maintain their game at an elite level, the time spent away from loved ones. Our professionals deserve basic and just job protections, and that is just as true for the players that make mistakes — and the ones you don’t like.