Disc Golf’s Popularity May Be Declining

A decade ago, golf was hot. A young, crowd-pleasing Tiger Woods could beat anyone on the planet, the banks were still small enough to fail, and 30 million Americans called themselves golfers.

But since then, golf has hit a rough patch. The game shed roughly six million players over the last decade, and each year more golf courses were closed than opened, according to the National Golf Foundation.

Not great news for golfers. But at least they know what’s happening to their sport.

In contrast, as I’ve argued previously, there is currently zero data on the total number of disc golfers in the United States. Is disc golf the “fastest growing sport,” or has its heyday come and gone? Like a disc flying through the dark, no one knows where the sport is headed.

Hoping to solve the mystery, I recently contacted several disc golf companies and asked them how many Americans play disc golf. Their estimates, none of which were scientific, ranged from 90,000 to 3 million.

Unsatisfied, I turned to a source that seems to know everything (sort of): social media. On October 26, 2016, I posted a question on Reddit, asking disc golfers about the volume of players in their local areas. Fifteen people responded within 24 hours. Thirteen of them said that their local disc golf community was growing, and two reported a flat or declining trend.

Although this micro-study suggests that disc golf is making positive strides, the results of a more expansive, scientific study of disc golf groups on Facebook are less optimistic.

There are currently about 2,612 distinct Facebook groups based in the U.S. that have the word “disc golf” somewhere in their titles or group descriptions. From this population, I randomly selected 100 of the groups and attempted to determine when each was created and whether it was still active. I was unable to collect dates for 22 of the closed groups. For this reason, my total sample includes 78 Facebook groups, each of which represents about 33 of the 2,612 groups in the population (A full description of the methodology can be found here).

Based on this sample, San Antonio Disc Golfers is the oldest disc golf group on Facebook. With roots going back to the 1980s, the group now connects disc golfers online from the greater San Antonio area, organizes several weekly and annual events, and is probably one of the more active disc golf groups on Facebook with multiple posts per day. Created on September 17, 2008, the group’s 1,334 members recently celebrated their eighth birthday, a notable feat given that Facebook has only been open to people outside universities since late 2006. As seen in the top ten list above, the lifespans of several other groups are also impressive.

Having studied numerous disc golf Facebook groups, I’m convinced that disc golf clubs in some regions of the country are strong and growing fast. Far more than a means of communication, disc golfers are using Facebook to solidify their club’s organization, culture and friendships. As seen in posts from my club, the Morgantown Mountain Goats, disc golfers use Facebook groups to learn about local events, recruit players for casual rounds, report tournament and league results, share artwork and photography, organize workdays, immortalize aces, post videos of miraculous shots, marvel at the extraordinary landscapes and wildlife of disc golf courses, celebrate victories, agonize in defeat, return lost discs, sell and trade equipment, and, of course, goof off.

Unfortunately, not all disc golf groups on Facebook remain active. Some groups are haphazardly created, experience a few sparks of interest, then quickly go dormant. Other groups build their memberships, gain momentum, but still wither away after a year or two.

The average lifespan of disc golf groups on Facebook is 2.6 years. As illustrated in the figure below, the number of active groups peaked in 2015 and began to decline in 2016.

In the first four months of 2016, four groups were created, but 13 went dormant – a net loss of nine groups, which is equivalent to roughly 300 Facebook groups in the population. Over the next four and a half months, one group was created, and six went quiet. Finally, between August 16 and September 16, 2016 – the month prior to data collection – no groups were created and eight groups failed to log a post, for a total net decline in 2016 of 34 percent.

Given that I recorded the latter data point more than a month ago, I went back to check on the eight inactive groups in the latest period. As of October 31, 2016, two of them had new posts, but six were still dormant. 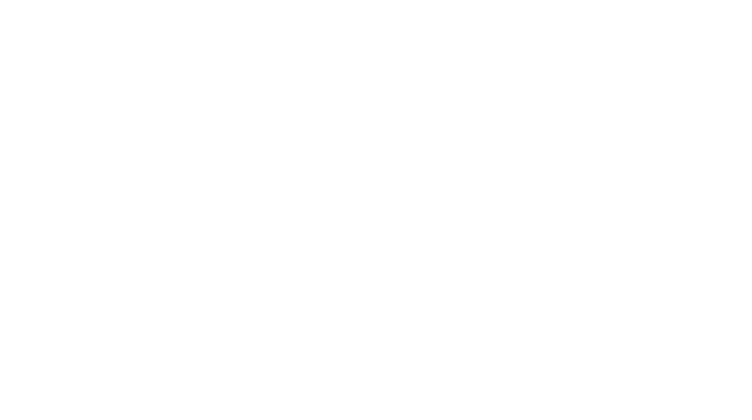 There are at least three interpretations of these findings. First, maybe club life is declining, even while the total number of disc golfers is increasing. You don’t need to join a disc golf club or a Facebook group to be an active disc golfer. Perhaps the world of disc golf is increasingly filling up with lone wolves and small groups who play round after round, compete in tournaments – perhaps even join the PDGA – but avoid organized leagues and club life.

Although this scenario is possible, it’s doubtful. For one thing, most disc golfers do belong to clubs, according to Infinite Discs’ 2015 State of Disc Golf Survey. The rapid growth of any sport just seems implausible without healthy local clubs, leagues and organizations. This theory also fails to explain why lone wolves began to flourish and club life started its descent in late 2015.

Another possibility is that disc golf clubs are doing just fine, but their memberships are using other means than Facebook to communicate. This theory seems to make some sense, considering recent claims by various media outlets that Facebook is in decline. Yet, as shown in the figure below, such claims do not hold up to empirical scrutiny. Facebook use, across all age groups, is at or near all-time highs.

The last – and least optimistic – interpretation of the data holds that Facebook groups represent a relatively good measure of the disc golf population, and that disc golf, like its sister sport golf, is currently experiencing a decline in popularity.

As an indirect measure, the number of disc golf groups on Facebook is an imperfect, suggestive indicator at best. But this study does, at very least, stress the need for further research. To understand what’s happening to our sport, we need a large-scale disc golf survey based on reliable measurements and probability sampling techniques, like the ones funded by the National Golf Foundation. The financial cost of such studies would be considerable, but, as Arthur Nielsen put it, “The price of light is less than the cost of darkness.”

This study also suggests that the ongoing debate over the best way to grow the sport should continue. If the disc golf community is indeed struggling at the grassroots, how will efforts to grow the sport at the top – through all-pro events, greater media exposure and bigger corporate sponsors – remedy these problems? More importantly, what would disc golf look like if such efforts succeeded even as clubs and grassroots organizations stagnated or declined?

One answer to this question may be found in the histories of some big-time sports. Basketball evolved from a disorganized network of amateur and semi-professional organizations – which included numerous athletes from all walks of life – to the well-oiled corporate machines of the NCAA and NBA, which generate thousands of paying fans and remarkable commercial success but do little to further the sport at the grassroots.

Rather than discussing the best way to grow the sport, perhaps we should first debate what kind of sport we should grow.

Comments on "Disc Golf’s Popularity May Be Declining"