Gregg Barsby Gets Key To City

November 15, 2018 by Bennett Wineka in Livewire, News with 0 comments

Add another honor to Gregg Barsby’s 2018, as he is now the proud owner of a key to the city of Grass Valley, California.

Barsby was surprised by the city’s mayor, vice mayor, councilmen, and sheriff at what he thought was just a homecoming celebration at the Grass Valley Brewing Company. When he was handed the ceremonial key, honoring his 2018 PDGA Professional World Championship, Barsby was stunned.

“I don’t really know how to describe it because it all came of happenstance,” he said. “But it feels pretty amazing.”

A couple hundred people gathered to celebrate the hometown hero and came away with some ceremonial stamped discs. Barsby said he’ll be finalizing his tour schedule for 2019 while back home, as well as deciding on that important signature disc from Innova. 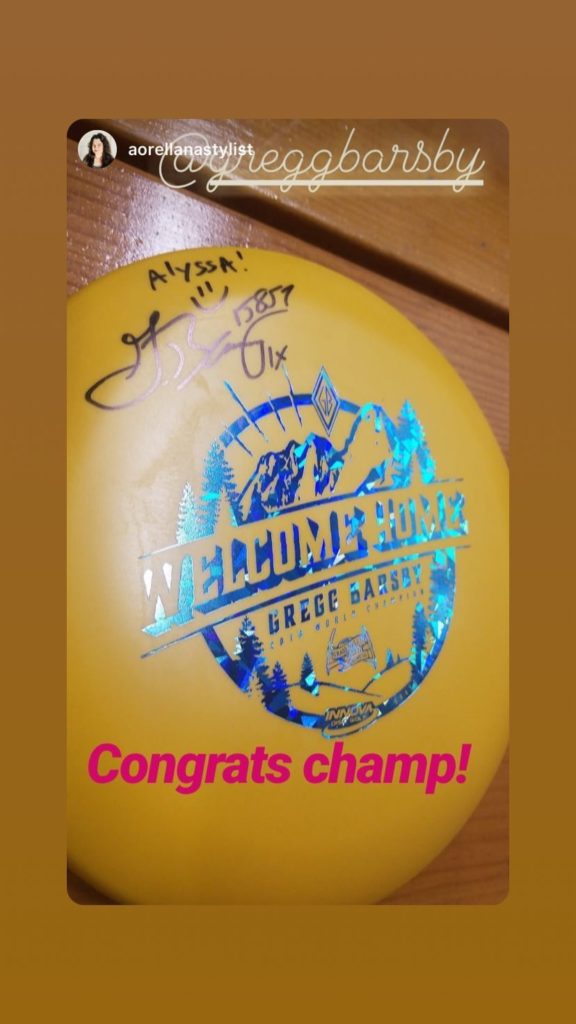 Comments on "Gregg Barsby Gets Key To City"