About Those ‘Disc Golf Meccas…’

Americans love to compete. And once we’re done competing, we like telling people about it. Sports stats, ranking systems, and top 10 lists are the elementary particles of American culture. Disc golfers may be more laid back than most Americans, but we’re really good at keeping track of who’s hot and who’s not.

Thanks to the oracle of Georgia, the Professional Disc Golf Association, such lists are readily available. Behold, the Big Five:

Congratulations, Texas. Crack open some Jester King and a Frito pie, because you are yuuuuuuge. You too, California and Michigan. North Carolina came up short in total courses, but don’t go crying in your moonshine, Tar Heels: You made the Big Five in two categories — PDGA membership and events — and left your rival South Carolina in the dust. I should note that if Finland was a U.S. state (and I think we should look into this), it would rival Texas and California as a disc golf Mecca.

To someone like me – who’d rather not move to Los Angeles, San Antonio or Helsinki — these numbers stink. And, they’re not surprising. Who would question whether Southern California, the birth place of competitive disc golf, is a Mecca for the sport? The Texas Triangle, which connects the massive population centers of Houston, Dallas, and San Antonio, is undoubtedly a megaregion for disc golf. Perusing disc golf course maps of Michigan, the mid-Atlantic I-95 corridor, North Carolina (especially Charlotte), and some parts of Florida leaves little doubt that disc golf is ginormous in these areas.

Some of these regions may even be reaching a tipping point where the number of people who play disc golf is increasing exponentially each year. These are places where disc golf may finally catch the mainstream wave.

But, there’s a catch. A big catch. And this catch will make some of my fellow residents of lesser known disc golf states smile. If you, like me, have been the butt of jokes about people who live in places with breathtakingly redundant tracts of farmland, foreboding forests (aka “sticks”), or embarrassingly high levels of cheese production, please keep reading.

Yes, big states with large urban centers generally produce the most beautiful disc golf courses, the largest disc golf leagues, the savviest disc golf media, the richest disc golf businesses, the coolest disc golf sponsors, and the best disc golfers in the world. Where was I headed with this? Oh yeah, the catch …

But, when we account for the bloated populations and massive land areas of these states, the disc golf hot spots aren’t so hot. Public access to disc golf courses per capita appears to be limited in large states with highly populated urban areas.

For example, as shown in the following table, California has the largest population, but ranks 36th in PDGA members per 100,000 people; 38th in PDGA events per 100,000; 42nd in disc golf courses per 100,000; and 29th in courses per 1,000 square miles of land area. In contrast, Iowa — which ranks 30th in population size — has far more courses per capita and a higher density of courses than California and Texas. Go Hawkeyes! You not only have one of the highest literacy rates in the country, but you kicked some Texas-sized butt in disc golf activity1.

Combining the four indicators of disc golf activity (members, events and courses per 100,000 people, and courses per 1,000 miles) in a single index reveals vast disparities in the sport’s presence across states. But smaller, lesser-known disc golf states hold up well against regional goliaths like California, Texas, Florida, New York, and North Carolina.

Sunny SoCal, the magnificent Maricopa, the Queen City, and the Climo-lands of Florida are bright beacons of the sport, but they can’t cut the disc golf mustard in per capita comparisons. Based on the combined index — let’s call it the “Disc Golf Activity Index” — the relative size of disc golf communities in Iowa, Delaware, Alaska, Michigan, and Kansas far exceed those of Rhode Island, Hawaii, New York, Louisiana, and New Jersey, as well as some so-called disc golf Mecca states.

As illustrated in Figure 1, cold states tend to outperform warm ones. The frozen tundras of Michigan, Wisconsin, Minnesota, and South Dakota have shivered to the top of disc golf’s most active list, while warmer states like California, Arizona, Mississippi, and Florida have melted to the bottom.

So, if you’re considering a relocation, head for the land of cheese and beer and lakes and chains: the upper Midwest. 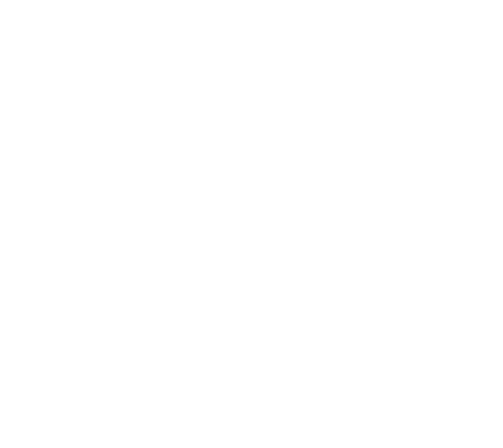 Although disc golf courses require less land than ball golf courses, the public’s access to disc golf is ultimately shaped by the availability of public parkland and green space, and this availability ranges greatly from one region of the country to the next. The large states of the upper Midwest tend to have relatively small populations and a great deal of available space for outdoor recreation. This may explain, in part, the popularity of disc golf in places like Michigan, Wisconsin, Minnesota, and Iowa.

The size of state populations and the accessibility of cheap land for course development are probably the leading predictors of disc golf activity per capita, but they are not the only factors. In the next weeks, I’ll be discussing other correlates between state-level indicators and the Disc Golf Activity Index. What aspects of U.S. states encourage or constrain disc golf activity? If you have ideas, please contact me, or leave a comment below.

Comments on "About Those ‘Disc Golf Meccas…’"