Josh Anthon Announces He Will Cover Up Tattoo

Anthon: "I want to see more love in this world and less hate."

October 6, 2020 by Charlie Eisenhood in News with 0 comments

Josh Anthon, who has been at the center of a controversy surrounding a tattoo that reads “white pride,” announced on Innova’s social media this morning that he will be covering up the tattoo.

Innova also released a new statement about Anthon, the tattoo, and their sponsorship of him: 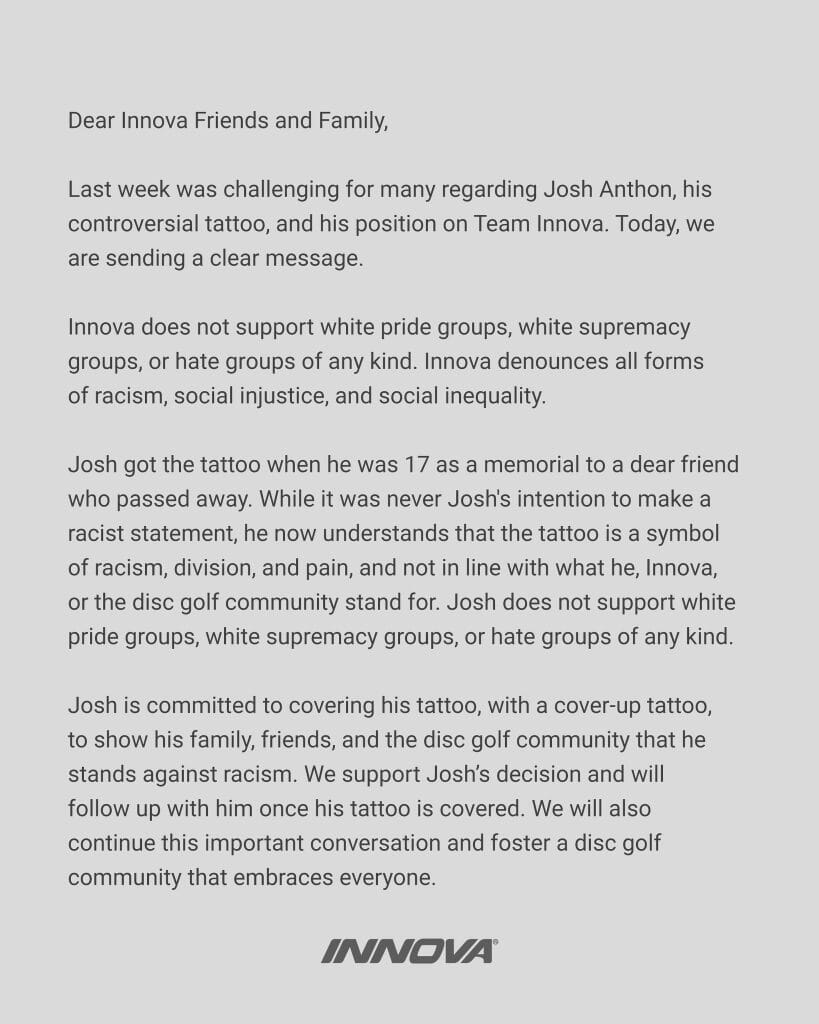 Comments on "Josh Anthon Announces He Will Cover Up Tattoo"