Idlewild Open Preview: Are Those OBs I See?

August 6, 2020 by Bennett Wineka and Christopher Wiklund in Preview with 0 comments 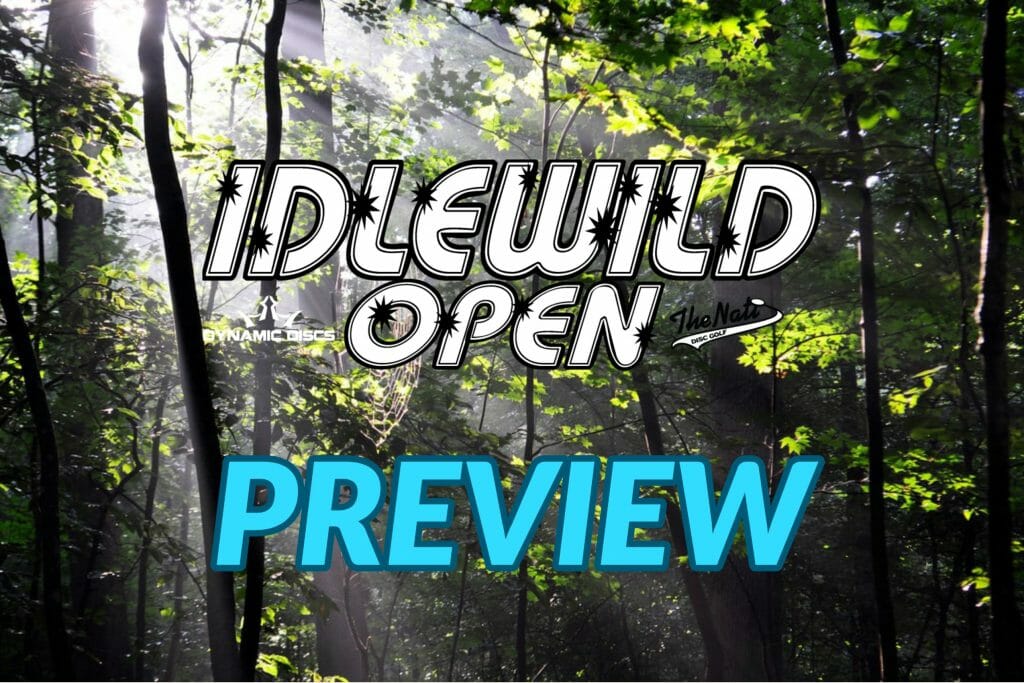 Into the woods we go! During this abbreviated, truncated, and generally mixed up season in the terrible year of 2020, we haven’t seen any elite series disc golf deep in the woods. Well, arboreal enthusiasts rejoice, for this weekend the Disc Golf Pro Tour rolls on at Idlewild in Burlington, Kentucky.

Kevin Jones and Paige Pierce will be looking to defend their 2019 titles, and continue their streaks of exceptional play.

For Pierce, she’ll be trying to make it four in a row at Idlewild. Pierce will be hoping for a little less drama than her 2019, which required a one hole playoff against Catrina Allen before it was all done and dusted. Sarah Hokom and Heather Young will have something to say on the subject, though. Both players have been on a run of top five finishes and have a track record of success at Idlewild. It was here a year ago that Young announced herself to the greater world.

Jones will be facing a much stronger and more complete field in his title defense than he faced in 2019. In past years, some of the major European competitions have conflicted with Idlewild dates, and so the event has tended to have a less top-heavy roster of competitors. Jones was in the driver’s seat for most of the weekend at DGLO, until some unforced errors, and exceptional play from Eagle McMahon knocked him off the lead. Jones is entering this weekend fresh off of a win at Harmony Bends for the Mid America Open, and has looked confident on the course since the re-start.

Idlewild is consistently rated as one of the most challenging courses on tour. Not unlike Brazos East and Maple Hill, Idlewild features a handful of more “open” holes to contrast with some of the most tight, heavily-wooded, and down right dastardly hole designs we see all season. If we see the paucity of bogeys this weekend that we saw at DGLO, we will have seen something truly remarkable. Spoiler alert: it won’t happen.

Why are trees? Sadly we won’t have the poetic styling of Nate Sexton on hand to ask such timeless questions, but we can safely assume that almost every single player will be asking themselves, and anyone who will listen, that exact question all weekend.

Ironically, one of the most important holes each year has been hole 16.  Hole 16 is a 969-foot, par 5 which forces players to decide between placement, distance, or something in between off the tee into the tree-less great blue yonder…except there is a tight OB lined fairway with disc-eater tall grass along the fairway, an OB creek, and tree-guarded green. It is easy to stack OB strokes and bleed a lead very quickly on this hole, and many players have watched their chances vanish on 16.

Comments on "Idlewild Open Preview: Are Those OBs I See?"