Recently, Discraft players have dominated in the company's backyard

July 23, 2020 by Christopher Wiklund and Jacob Wilkins in Preview with 0 comments 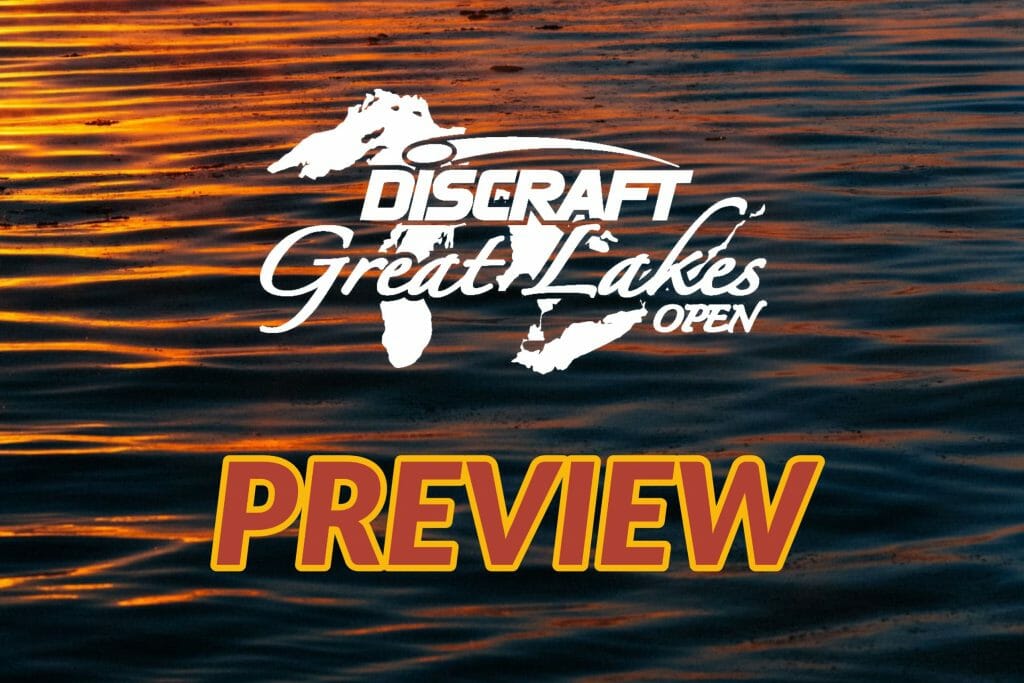 The third event of the covid era Elite Series starts up this weekend at the famed Toboggan course in Milford, Michigan. The Discraft Great Lakes Open is a one of a kind challenge on tour, offering the most consistent and stark elevation changes we see throughout the season. Of course, no conversation about the DGLO would be complete without reminding you, dear reader, that Paul McBeth shot his historic 18-under at the Toboggan in 2018. This begs the question, why doesn’t everyone do exactly what McBeth did? I mean, it’s right there. You can watch how he did it.

DGLO  joined the Disc Golf Pro Tour in 2018, and with the exception of McBeth and Nikko Locastro and Kevin Jones, no Open division player has bagged a top 10 finish in both editions of the event. McBeth is heading into this weekend looking for the three-peat, and Locastro is looking to keep the good vibes going after his win at The Preserve two weeks ago.  Locastro finished third in 2018, and earned a three-way tie for eighth in 2019. Jones took McBeth to the wire last season and is coming into the event with a lot of momentum.

In the Open Women’s division, we have not had a repeat champion, or even a repeat podium. In 2018, Sarah Hokom took the W, with Paige Shue née Bjerkaas and Jessica Weese in second and third. In 2019, Paige Pierce finished in first, well ahead of Catrina Allen and Lisa Fajkus.  Pierce and Allen have a significant leg up on the competition at this event with their abilities to push the disc down range on the long and uphill fairways all over this course. It is worth noting that neither Pierce nor Allen was in attendance in 2018, but Allen won this event four times when it was an A-tier. Missy Gannon will also be playing this weekend. She is hoping to extend her podium-streak to four events in a row as she has emerged as a new force in the FPO field.

One of the biggest draws for DGLO is how, as Simon Lizotte put it in his vlog, the course looks like a bomber course where big arms can just let it rip without much worry about OB, “natural” or otherwise. Given the elevation and strategic use of the woods and standalone trees on the property, however, a 600-foot bomb could be less useful than a well placed 400 foot “chip” to a more advantageous angle for attacking the green. There are eagles and plenty of birdies to be had, but without a strategy for moving the disc up the fairway, there are plenty of big numbers to be had.

The Open field will be playing a slightly shorter course than in 2019, and the Open Women have gained some distance, more than 400 feet. MPO par remains the same while FPO jumped four strokes. The MPO division will be playing the same tee pad as FPO on hole 1, shortening the opener by about 125 feet. The major changes for the women is playing holes 3 and 17 from the long tees and as par 5s.

Overall very nice conditions are expected this weekend in Milford, Michigan for Discraft’s Great Lakes Open. High pressure and a subtle north surface wind will keep conditions very nice Friday. Winds will shift out of the south on Saturday and Sunday, leading to slightly warmer temperatures. Fortunately, no rain is in the forecast.

Friday: Temperatures to start the day will be around 60°. Those with early tee times may find it a bit chilly. However, temperatures should quickly warm into the upper 70s by noon. Expect the high temperature to top out around 83º. A north wind around 5 mph can be expected.

Saturday: Much of the same is forecast for Saturday. Temperatures will be slightly warmer at the onset of competition and should warm to a high around 85º. A southwest wind around 5 to 10 mph will be possible.

Sunday: Southwest surface flow will strengthen ahead of an approaching cold front. Highs on Sunday will top out in the upper 80s as that southwest wind becomes a bit gusty during the afternoon hours. Gusts in excess of 20 mph will be possible. Current indication is that the rain should hold off until Sunday evening.

Feature cards are set at DGLO and they are 🔥 Wanna watch it go down live? Head to discgolfnetwork.com to subscribe today!#discgolfnetwork#discgolfprotour#dglo202