What It’s Like To Film A Video With Brodie Smith 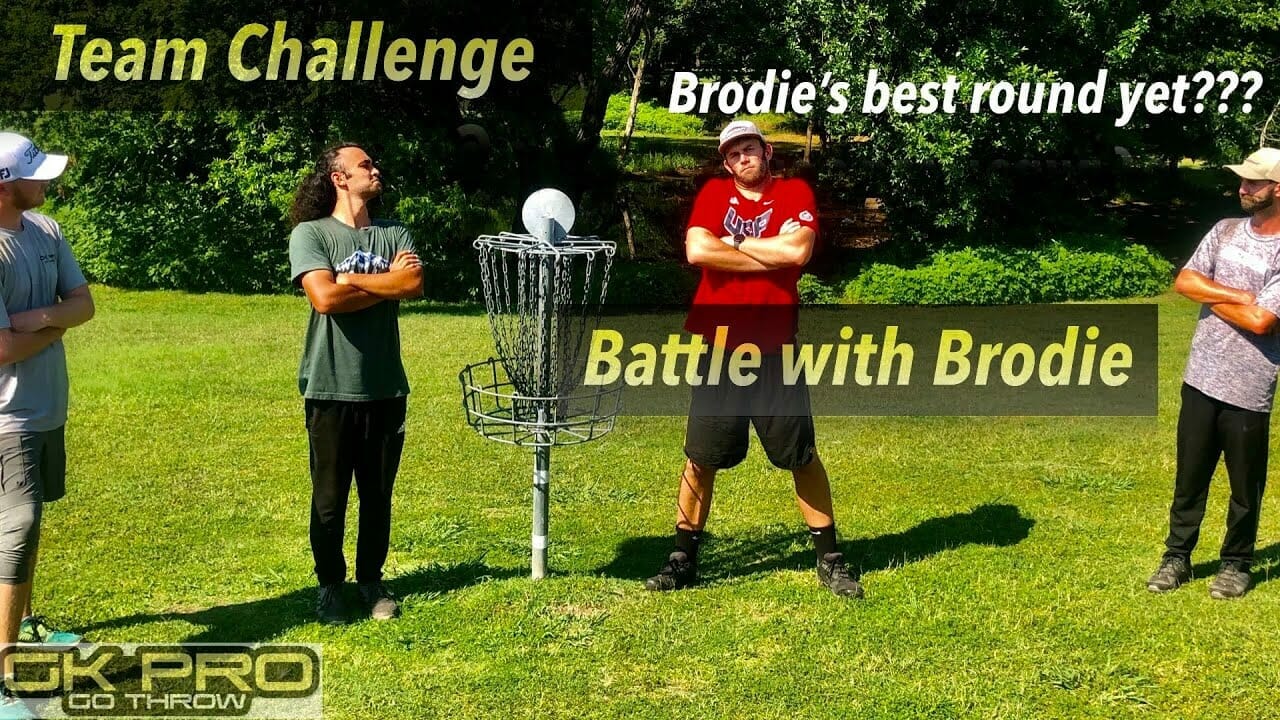 It was an awesome opportunity to get to head down to Dallas, Texas and film some content with Brodie Smith. I was mostly excited to see how much Brodie has improved his game since we last saw him down at the Waco Annual Charity Open where he put up solid scores for it being his first sanctioned tournament.

He’s been grinding hard this “offseason” and it’s clear his game has cleaned up a ton. If you somehow don’t know, Brodie was a professional Ultimate Frisbee Player and YouTuber before jumping head first into disc golf late last year. He’s been public throughout this journey, documenting it to his 2.2 MILLION YouTube subscribers, diagnosing what he’s bad at and pretty quickly improving his game. A lot of people have doubts that he can be a successful touring pro, but after watching how hard he works and how serious he takes it, they should probably change their opinions because the man is on a MISSION.

Once we got to the Dallas area, we decided that it’d be Gabe, Blaine, Brodie, and I playing singles at Bill Allen Memorial Disc Golf Course in The Colony, Texas. The course is a good mix of woods and park-style golf, which helps Brodie showcase his abilities.

Going into the round, I was expecting to keep up with him since we have similar ratings, but I think he had other ideas. The biggest improvements I saw in his game were his forehand anhyzer shots with a Dark Horse-stamped putter and his inside the circle putting. First of all, these forehand putter shots weren’t from 100 feet, they were off the tee at about 300 feet with good accuracy. It’s the smoothest shot he has in his arsenal in my opinion. That’s where having Ultimate experience comes in handy.

Also, Brodie’s putting is getting ridiculous! The guy didn’t miss anything inside 30 feet. He would take his time no matter how far the putt was, go through his routine, and toss it right in the chains. It also didn’t help that us GK Pro guys were out here flying by baskets left and right on our putts. We blame the incredibly hot Texas sun and soaking wet hands.

The effortless distance Brodie is pumping out impressed me because he’s literally reaching 450-500 feet on the reg. If he can get that distance throw dialed-in accurately and consistently then I don’t see how he’s not going to compete on tour. Brodie admittedly also needs to work on his forehands a little bit more. He can for sure throw them well and accurately yet they aren’t winning any awards for distance.

Brodie told us that he’s becoming more confident with his scramble game after playing more difficult courses and it showed. To be able to shake off a bad drive and save 3 with a nice scramble shot shows that his game is maturing. I truly think he’s only a year away from becoming a 1000-rated disc golf player.

It only took one round to become a Brodie believer.