The online retailer has expanded into branded discs and sponsored players. So what's next?

June 13, 2019 by Christopher Wiklund in Interview with 0 comments 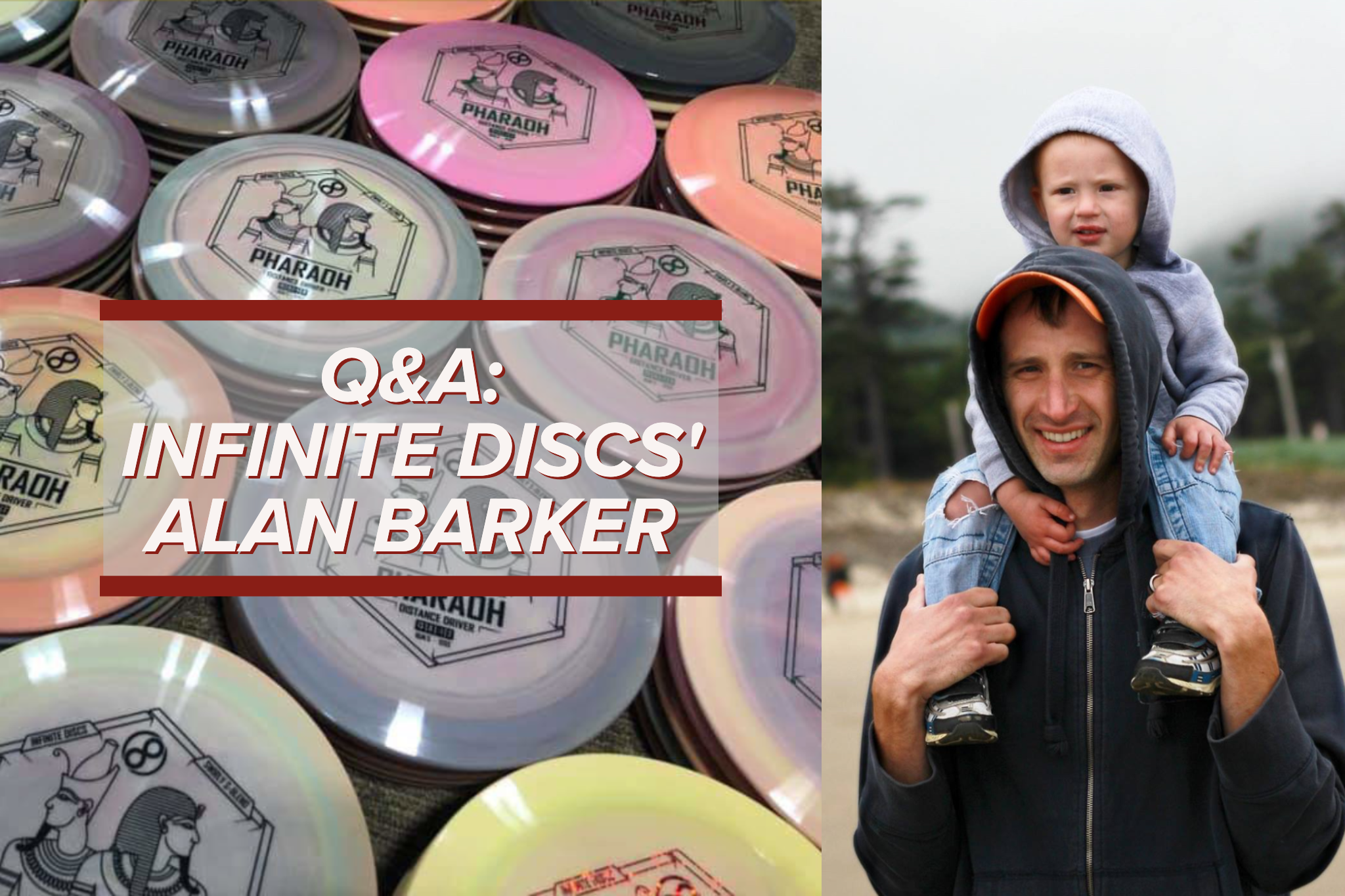 Over the past seven years, Infinite Discs has grown from a way to waste time at the office into one of the biggest online retailers of disc golf products in the world.

We caught up with Infinite Discs Owner and President Alan Barker to learn how he turned a hobby into a profession, and where the brand is moving since introducing its own line of discs and sponsored players.

Ultiworld Disc Golf: How did you first get into disc golf?

Alan Barker: I had played a couple of times when I lived in Texas about 15 or 20 years ago, and a course was built in Providence, Utah right next to my in-law’s place. While up there I played with my father-in-law and got hooked and that’s where it started.

UWDG: That’s a really quick turnaround between starting to play and launching Infinite, how did that happen?

AB: At the time I had my own business where I was making websites for real estate companies and agents.  We would help to search-engine-optimize them to get traffic and real estate leads. I had a few employees working for me at the time and one of them played disc golf and we started to “frolf” a lot. What was funny is that our internet kept going down and so when service went down we used that as an excuse to go out and play, and that was awesome.

“Oh, the internet is out we better go play!”

We had that background together and it was a lot of fun and so as an excuse to try different discs we started a review blog. That took off quickly and we realized [disc golf] was easier to rank in the search engines than the real estate stuff. It started as a hobby as a way to review discs.

UWDG: How did you move from blog to retail?

AB: It started out initially with affiliate links with eBay and Amazon and that brought in a little bit of money and we were looking for something more. At the time in Utah, there was an online retailer called Altitude Disc Golf and so I thought maybe we could partner with them and see if we can do something so we can better monetize this blog. So I called them up and they were actually in the process of closing shop and I offered to buy them out, but they had their own exit strategy and did want to do that.

So I started thinking, I can do this. We can do our own retail selling, and I never thought it would be big, maybe a side hobby project to have fun and try out new discs and equipment, so we formed a business and created the website with all the discs we could and tried selling. It was about that time that Prodigy took off, and with our background and relevance, even Prodigy didn’t have a website, people were looking for information on the product and found us. That helped us take off and all of a sudden we were relevant because of the Prodigy craze at that time.

We kept going and getting traction, the whole design was an SEO focus and so it was to provide the best information about the discs. At that time it was all WordPress and not designed for e-commerce. We were getting so much traffic and decided to do something unique. Everyone wanted pics of the discs and I had a web developer from my other business and we worked to make it a custom site, and once we got the pictures we grew at incredible rates.

UWDG: What is your relationship like with the manufacturers?

AB: Really good with all of them, we do lots of custom stamps and runs. For most, we are one of their biggest customers and it’s important to them. Our goal is to promote all brands as much as possible. And that’s the same for every brand regardless of size. We want to grow the game and have the best selection out there.

UWDG: Do you have plans to expand beyond retail? What is your relationship with Innova and how do they make your molds?

AB: I never wanted to be a manufacturer because I don’t want to sever relations with other partners. It was Innova that approached us to give us that opportunity and we look at it as another way to brand their discs. We don’t know what Innova does in the manufacturing process. We make requests with them or they ask us. They’ll say we tried this top configured with this bottom, and we test it and like it and say, “Yeah, let’s call that the Tomb!” So at this point all the Infinite brand are all done through the Infinite website. It sort of limits the growth of the brand but it does give people a chance to try our stuff as well.

UWDG: You have expanded into tournament registration, a scorecard app, and other digital products. Is this part of a larger strategy, or things that happened along the way?

AB: Yeah, it’s definitely part of the larger strategy. Our goal is to be out there to be accessible, and one thing we want is reach, especially for the rec player. For every tournament player there are nine recreational players who don’t play nearly as much or order as many discs. There’s way more of them and so about four years ago we started the mobile app which was a scorecard and course directory. We haven’t had the time or focus to make them great, and haven’t given them the time or attention for them to take off.

Also about four years ago we started the tournament thing as a way to make a simpler way to manage it. The nice thing is that it’s meant to make it simple for tournament directors to do [payouts] online through Infinite Pay Cards, which is done through our site, so that makes things simple. Because we were busy with regular business we didn’t really start pushing it until we partnered with the Next Generation Tour this year and so we were forced to really try to perfect it. This year we are getting our tournament system really working because it is the foundation and what is being used for the Next Generation Tour.

UWDG: Can you expand on your relationship with the Next Gen Tour?

AB: We are providing the backend for the way the series runs, registration, points, gift cards. For each there is a payout in Infinite gift cards and we’re the ones who distribute the player packs and ship them out to TDs. When people register they can get the pack shipped to them directly if they choose. So we’re the distribution and backend portal to make the Next Gen Tour work.

UWDG: Infinite has acted as the title and presenting sponsor of larger tournaments. How did that happen, and what is the experience like?

AB: It was never a goal or strategy to try to gain market share but happened because of volume and growth. We have the means to reach out and sponsor big events like that. We are also the presenting sponsor at Pro Worlds this year. With Worlds the reason is that Nate Heinold wanted, instead of getting one manufacturer to be the sponsor, he worked with many of them and because of that he needed one group to distribute multiple brands. My goal is to not make a ton of money. I hate paying taxes so give me enough to live and the rest I want to invest in the sport and making disc golf better.

UWDG: Some, myself included, are tempted into the comparison to Dynamic Discs which started as a retail and lifestyle brand and grew into what they are now. Is that the long term plan for you, given your growing lineup of molds and sponsored players?

AB: In terms of building the full line-up of discs, yes. We are pretty close already. To become a major player? Not my goal. Not what I want. I never want to be as big as DD, it’s just not me.

We will continue to grow and we’re always looking for a new way or product we can sell or market, so I’m sure we will grow and evolve, but the goal is not to be a manufacturing brand. Our goal is not to be competing with the companies. If our name is big on those big events that’s great, but our goal is to be the place where anyone anywhere can find what they’re looking for.